White fringed beetle (Naupactus leucolom) larvae (grubs) are white or cream colored, C-shaped, and feed on plant roots, including those of tobacco. The grubs have no legs but have a distinct head capsule. The adults are flightless and parthenogenic, meaning that only females are present. 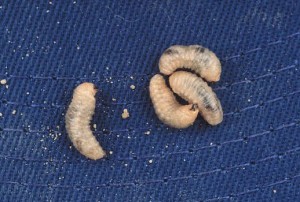 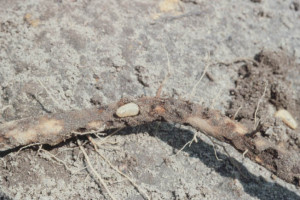 White fringed beetles overwinter as larvae and feed on roots. Adults emerge in July, and there is 1 annual generation in North Carolina. Adults will feed on leaf tissue, but this feeding is usually minor. 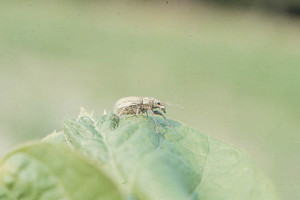 There are no established thresholds for white fringed beetles in any of the crops they feed on.