Find this article at:
go.ncsu.edu/readext?474346
— Written By Matthew Vann

In this tobacco research update, we highlight the symptoms of copper deficiency. These images are part of a project supported by the North Carolina Tobacco Foundation to develop a web-based diagnostic key for the identification of nutrient disorders of tobacco.

Copper (Cu) deficiency is extremely rare, and consequently is not normally seen in field conditions. To help with the diagnosis and treatment of Cu deficiency, we induced Cu stress under controlled greenhouse studies.

Initial symptoms developed in the middle part of the plant. The central region of the leaf developed brown veins (Fig. 1), which quickly turned black (Fig. 2). This black area expanded over time and developed a chlorotic halo (Fig. 3). The tissue surrounding the blackened veins developed an overall chlorosis (Fig. 4). 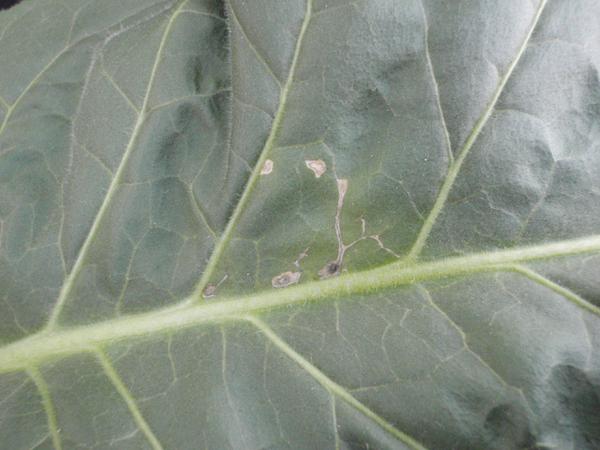 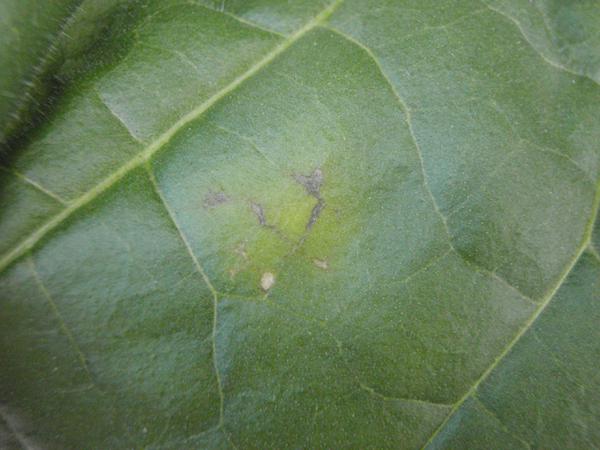 In advanced cases, the chlorosis became quite prominent, and was a very vibrant yellow color. Small lesions of necrosis surrounded by vibrant yellow chlorosis were common on symptomatic plants (Fig. 5). Large areas displaying this same pattern were also observed primarily on the middle leaves that were the first to be affected by this deficiency (Fig. 6). 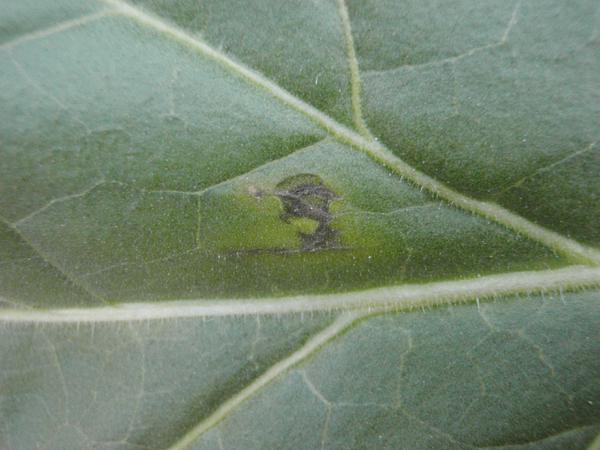 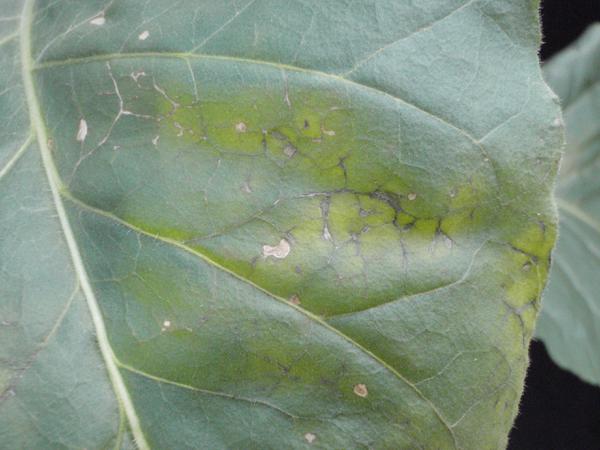 The pattern of Cu deficiency symptoms was very unique and appeared quite different from other nutritional disorders of tobacco. Although the middle leaves were most affected, the symptoms progressed up the plant to eventually occur on the upper leaves as well. 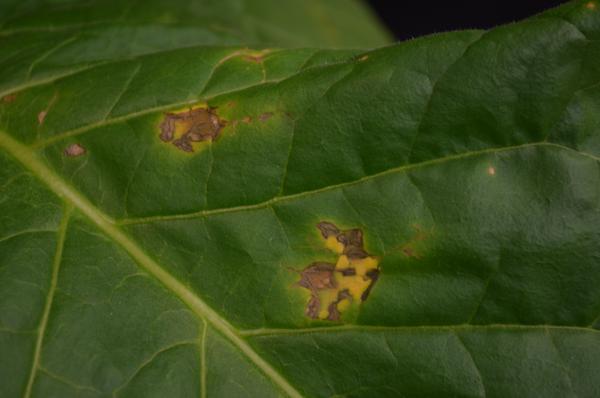 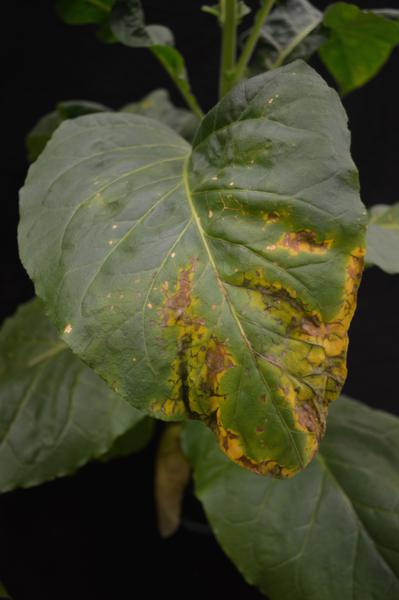 We would like to express our appreciation to the North Carolina Tobacco Foundation for supporting this project. This is the final symptom update from the nutrient disorder induction phase of the experiment. Please visit our tobacco diagnostic key at https://diagnosis.ces.ncsu.edu/tobacco/ to view images and descriptions of each nutrient disorder along with corrective measures and management options.