Find this article at:
go.ncsu.edu/readext?461548
— Written By Matthew Vann

The final week of April has brought about a massive change in growing conditions for most of North Carolina. Much of the state experienced daily highs that approached 90° last week. Temperatures struggled to reach the high 50’s yesterday (April 24th) and might hit the mid-60’s today. Temperatures should moderate later in the week as we get back into the 80’s. At this point the temperature fluctuation is the least of our concern, as rainfall totals have surpassed seven inches in some Coastal Plain areas.

Rainfall estimates from the past 30 hours vary widely across the tobacco growing regions of our state (Table 1). Despite the wide variation, producers who have already transplanted tobacco and/or applied fertilizer (pre- or post-transplanting) should give serious consideration to fertilizer leaching adjustments. Estimating the amount of fertilizer lost due to excessive rainfall is very difficult, so we are forced to make a few general assumptions. What follows are some of the assumptions and considerations. 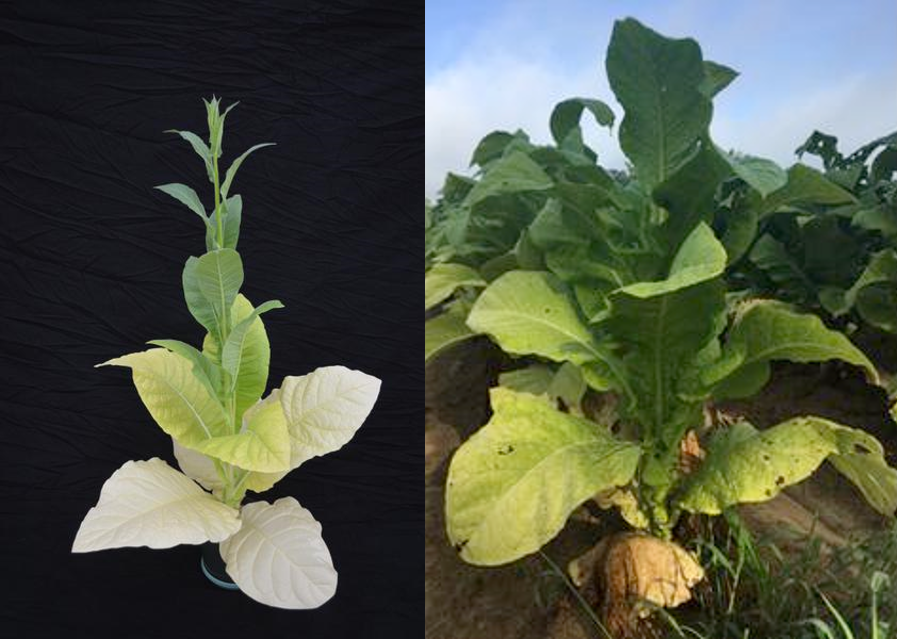 Figure 1. Nitrogen (N) deficiency is characterized by pale color in older leaves. Nitrogen is plant mobile and appears in old tissue prior to being observed in younger tissue.
©2017 Forensic Floriculture 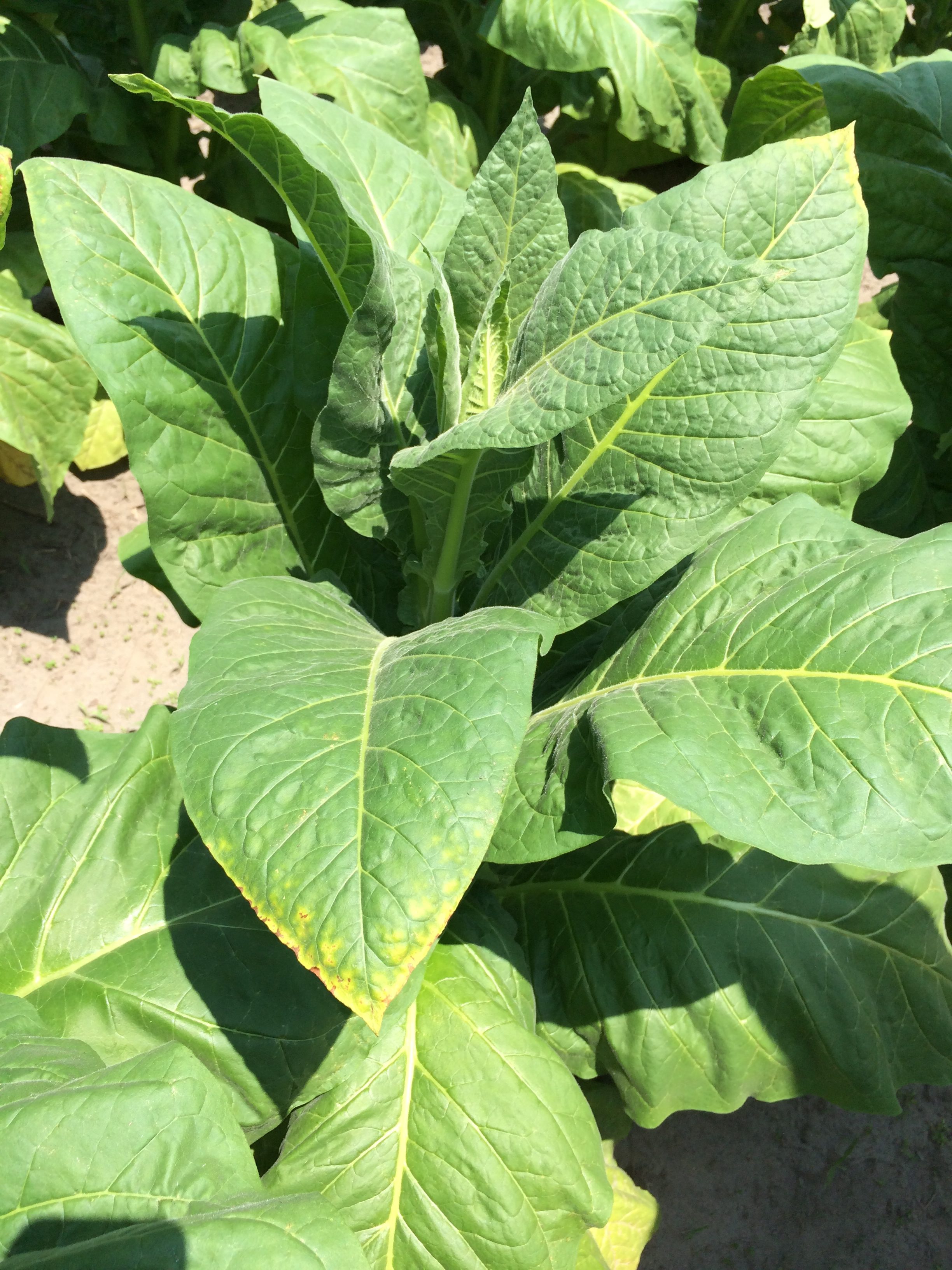 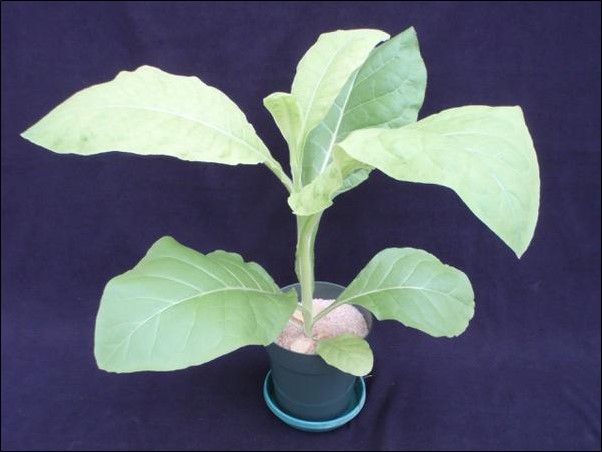 Figure 3. Sulfur deficiency is first characterized by yellowing in younger leaves then older leaves. Sulfur is not plant mobile, which is the reason why symptoms are first observed in young leaves. This fact is important when distinguishing between sulfur and nitrogen deficiency.
©2017 Forensic Floriculture 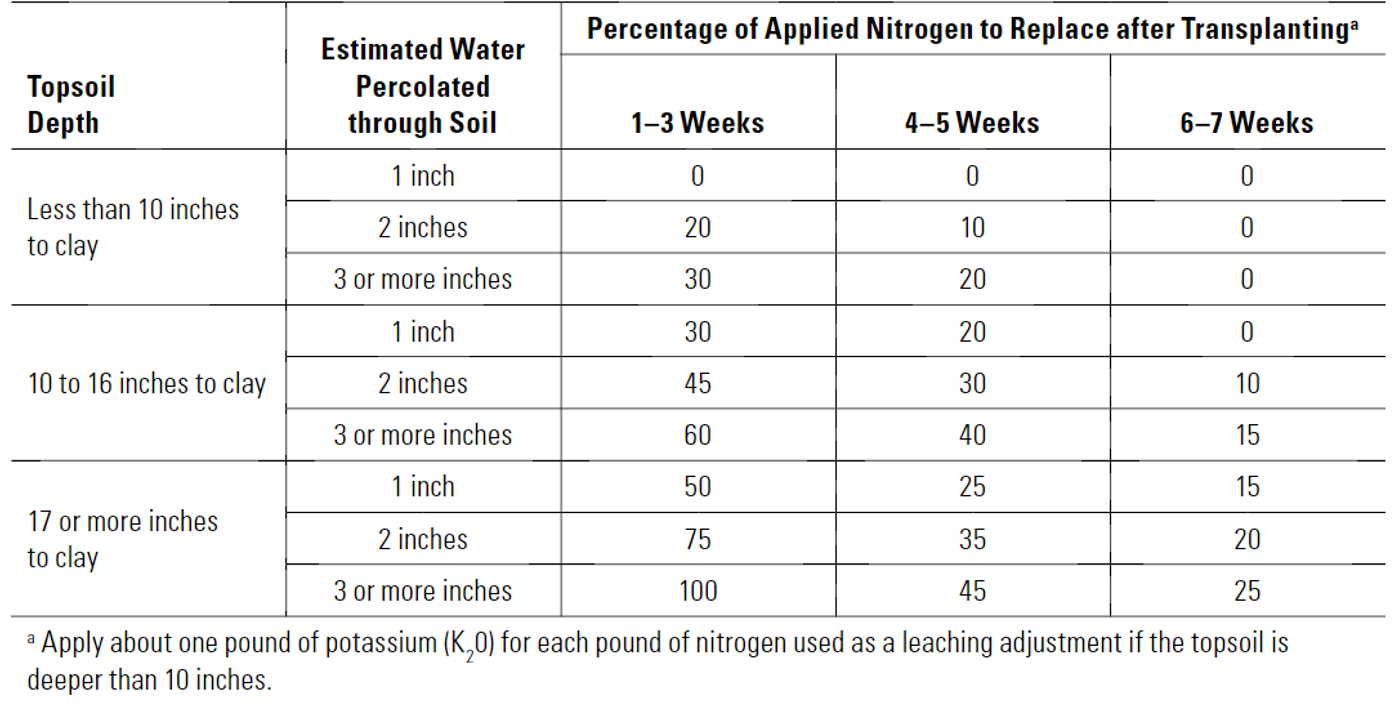 Lastly, if you have additional questions, please do not hesitate to contact your local N.C. Cooperative Extension Agent for assistance in decision making.