Find this article at:
go.ncsu.edu/readext?422081
— Written By pncockso

In this tobacco research update, we highlight the symptoms of boron toxicity. These images are part of a project supported by the North Carolina Tobacco Foundation to develop a web-based diagnostic key for the identification of nutrient disorders of tobacco.

Boron (B) is an essential element that frequently exhibits deficiency symptoms if it is in limited supply. Growers often apply additional B to avoid deficiencies, but if too much B is applied, there is the risk of B toxicity symptoms developing.

Boron toxicities initially appear on the lower, older leaves. (This is in contrast to the symptomology occurring on the youngest leaves if B is limited.)  Early symptoms of boron toxicity will appear as wrinkling of the lower leaves (Fig. 1) and interveinal chlorosis along the leaf margin (Fig. 2). The wrinkling is most likely caused by the lack of cell expansion when toxic levels of B are present. This wrinkling will develop across the leaf’s surface resulting in leaf deformation. Over time the interveinal chlorosis will move inward and develop over most of the leaf. Cells will rapidly die when excess B is supplied, resulting in necrotic spotting. 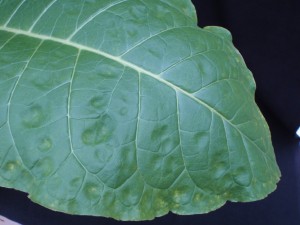 Figure 1. Initial B toxicity, note the crater like appearance of the leaf’s surface, and the marginal wrinkling.
©2016 Forensic Floriculture 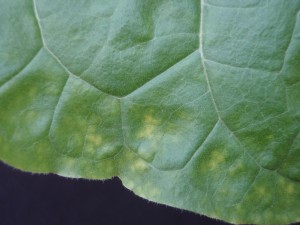 Figure 2. Intermediate B toxicity will manifest as interveinal chlorosis along the leaf margin. Also note the yellowing of the depressed areas of the leaf.
©2016 Forensic Floriculture

With advanced symptomology, chlorosis and necrosis will progress up the plant to other leaves. Luckily, tobacco is relatively tolerant of excessive B applications, so the onset of toxicity symptomology is not common when application rates are less than one pound per acre.